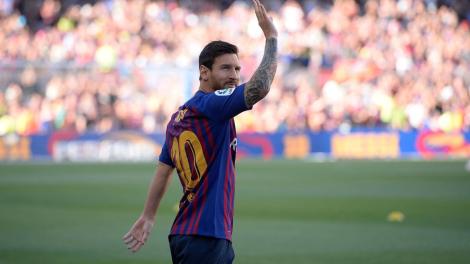 From the league’s best player to top talent from north to south, Argentineans continue to be the backbone of La Liga – here’s 5 to watch this season

The Spanish league season is about to get underway and Barcelona are hoping to defend their crown from eternal rivals Real Madrid and an increasingly threatening Atlético, fresh off a European Super Cup win.

As ever, there is plenty of Argentine interest and here are five players aiming to play their way into contention for La Albiceleste.

OK, Lionel Messi isn’t exactly playing for his international future but we do know that he isn’t going to play any further part for Argentina this year. A disappointing World Cup and an uncertain project going forward have led to the world’s best player to ask for some time off.

And who can blame him? Messi shoulders the burden when it comes to Argentina and after years of serious mismanagement, the Barcelona star has dragged the side to a World Cup final, two Copa América finals and the last 16 in Russia.

Lionel Scaloni takes temporary charge for now and Messi wants to see what the AFA do moving forward in 2019 before making any decision. So for now, Barça have him all to themselves and La Liga should probably be very wary of last season’s top scorer.