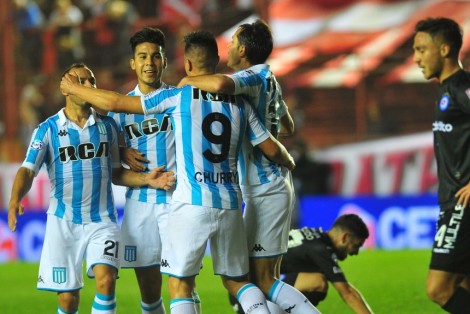 Storms in Buenos Aires ensured that Saturday’s football was the major casualty and following two Superliga postponements, the only surviving fixture was Racing Club’s trip to La Paternal to face Argentinos Juniors.

The league leaders had the opportunity to extend their advantage to five points having seen second-placed Atlético Tucumán’s clash with San Lorenzo washed out earlier. And without ever really getting out of first gear Eduardo Coudet’s side did just that against a disappointingly flat Argentinos.

Neither side had created anything clear cut during the opening half hour but Racing broke the deadlock with their first real opportunity. A swift counter attack saw Argentinos goalkeeper Lucas Chaves race off his line to halt Augusto Solari and the resulting loose ball was looped back into the net from the head of the resurgent Jonathan Cristaldo.

Immediately after the break a careless shove by Matías Romero on Pol Fernández as the Racing midfielder attempted to get on the end of a cross gifted the visitors a penalty and Lisandro López made no mistake in sending Chaves the wrong way.

Two goals to the good, Racing were able to see out the game at a canter as Argentinos never once looked like getting themselves back into the game.

With only two points dropped this season, Racing assume a commanding lead at the top of the table but Lucas Orban picking up a fifth yellow card and Alejandro Donatti departing the pitch on a stretcher could leave Coudet with a central defensive headache for the visit of Boca Juniors next Sunday.