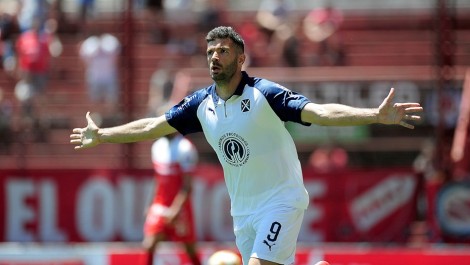 Another week of Superliga action done and so Golazo Team & Goal of the week is back.

With thirteen matches to choose from here are the eleven that impressed from round eleven, along with our Player of the round and pick of the goals. All stats come courtesy of WhoScored.com, who also provide previews and live in-play match stats for all Superliga matches. Feel free to disagree and leave a comment suggesting who you thought should have made it…

Despite a poor performance in La Paternal, Independiente left with three points and much of that can be accredited to captain Martín Campaña. The Uruguayan made seven stops but one to deny Gastón Verón from close range and another fabulous reflex save late on ensured a clean sheet and in turn victory for El Rojo.

It’s not been easy for a Copa Libertadores winner like Julio Buffarini to have faced the level of criticism that he has since joining Boca but the 30-year-old served La Bombonera with a reminder of his talents in the win over Tigre. Buffarini tore down the wing at will, completing five dribbles, and capped off his display with a splendid goal cutting in onto his weaker left foot.

The league leaders were far from their best in Sunday’s hard fought win over Newell’s but with the visitors pumping balls up to the physical Luis Leal, the defence had to stand firm. Leonardo Sigali won seven aerial challenges and made 14 clearances as La Academia kept the vital clean sheet to secure victory.

Another game and another place in the Team of the week for Lisandro Martínez, who is rapidly making a name for himself as the best young defender in Argentina. Superb on the ball when playing out from the back, the 20-year-old despite his relatively small stature is a tremendous competitor – three tackles, six clearances and five interceptions.

Mar del Plata has proved a tricky place to go for most teams so far this season but Banfield made light work of Aldosivi on Saturday. Claudio Bravo was instrumental to that breaking down the left to provide an assist but when called upon defensively, the 21-year-old was outstanding there too with ten tackles, three clearances and four interceptions.

It may not have been River Plate’s strongest eleven given Los Millonarios’ have eyes on the Copa Libertadores final but Estudiantes were still required to battle for three points and none more so than Iván Gómez. The 21-year-old defensive midfielder has taken up the baton from previous number five Santiago Ascacibar and excelled on Saturday – eight tackles (100% success) and two interceptions are the kind of stats that El Ruso was posting every week when in La Plata.

Already tipped for a move to Europe and a possible Argentina call-up Agustín Almendra produced a performance to justify the hype on Saturday. A tremendous all-round midfield display, the 18-year-old broke up play with five tackles, kept possession well with 87% pass completion and helped Boca forward with two key passes and four dribbles.

A first senior start and two goals perhaps demonstrates why Thiago Almada is arguably the most exciting young player coming out of Argentina at the moment. There was a degree of responsibility on the 17-year-old with Gabriel Heinze starting Almada as something of a false nine but the manager’s faith was repaid in full. A little bit of luck was needed for the second but the opening goal was all about the outrageous talent of Almada.

The Jugador del Pueblo has had to make do with a squad role for Boca in recent weeks but when Guillermo Barros Schelotto needed him, Carlos Tevez delivered. The veteran forward scored twice in the win over Tigre to ensure Boca didn’t lose any further ground in their title defence but also ended the game with an impressive 95% pass completion.

There are too many success stories from Defensa y Justicia’s dealings in the transfer market and Matías Rojas certainly looks like another after the Paraguayan’s brace handed El Halcón victory over Vélez. The set-piece expert curled in another free-kick before bombing forward to finish off a swift counter.

Whatever Emmanuel Gigliotti touches at the moment seems to turn to gold and it really pulled Independiente out of a jam on Sunday morning. A poor performance which saw Argentinos Juniors create the better opportunities was decided by the quality of the Superliga’s leading scorer. Two goals to take his tally to eleven in just ten games speaks volumes.