If you missed it already, the countdown of the new Golazo 50 began last week so you can catch here…

If you don’t know what this is, it is the annual look at the 50 best young players in Argentina. All the information about the list is in the first part so let’s get on with part four: 35-31… 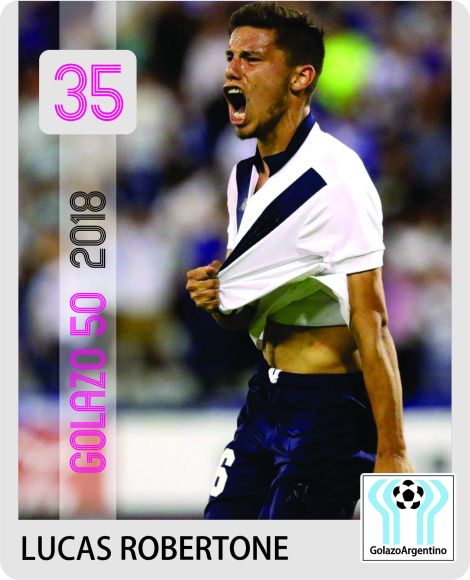 It’s easy to lose track of Vélez Sarsfield’s impressive youngsters given the number that have made the seamless step up to first team action but while Matías Vargas and more recently Thiago Almada have grabbed the headlines, Lucas Robertone has been a consistent performer under manager Gabriel Heinze.

Whether it be providing goals as a number ten in behind the striker, making the selfless runs out wider on either flank or demonstrating the responsibility to play deeper, Robertone’s versatility has been an asset. Three goals and an assist this season to add to his five-goal haul last term, the 21-year-old’s late darts into the penalty area have provided Vélez with an added threat.

However, Robertone’s ability to link play, thread passes and run into channels in combination with a high work rate that allows for Heinze’s demanding pressing has made the midfielder an almost indispensable part of the Vélez side. Ending the year in fifth, if El Fortín can kick on and claim a Copa Libertadores spot, Robertone’s contribution will likely be vital and could well spark a European bidding war.

For some their breakthrough season comes as a teenager but for others a little patience is required and for Nicolás Reniero that is certainly the case. The San Lorenzo forward has bided his time, spent a season out on loan in the B Nacional, and now become a key player for El Ciclón.

Arguably that could have been because of a dip in San Lorenzo’s fortunes and recurrent injuries to Nicolás Blandi but for whatever reason, Reniero has taken his chance and impressed in the Superliga. Three goals from 12 starts may not be the most prolific stat but often dropping deeper to play behind a central striker, fewer have worked harder than the 23-year-old for San Lorenzo.

Overcoming the home sickness that ruined earlier chances in his childhood to return to Buenos Aires at seventeen from his home in Entre Ríos, Reniero finally settled into life in Bajo Flores. A league champion at U20 and reserve level, El Príncipe was a regular goal scorer and when on loan at Almagro during the 2016/17 season managed almost a goal every two games. That rate has decreased but his awareness, link-up play and work rate have shown a far more rounded game.

If Marcelo Gallardo feels you are good enough to come off the bench in the biggest match in River Plate’s history at 18 years of age, it is probably safe to assume you have something special. It may only have been a brief cameo but Julián Álvarez stepping out at the Bernabéu against Boca Juniors proved just how highly River think of the young forward.

Coming close to joining Real Madrid as a child, the Spanish club’s inability to sign a player under 13 was a blessing for River and after joining the youth ranks it was clear that Los Millonarios had a rare talent on their hands.

Scoring plenty at youth level, Álvarez signed his first professional contract in 2018 and an immediate €15 million release clause was included. Despite always wanting to get into the penalty area and admiring former River striker Lucas Alario, what has already been evident is that Álvarez possesses the vision and passing ability to play off a centre forward and following the Sudamericano could play a central role in the next chapter of Gallardo’s River story.

Brother of Brian and Leandro, Nico is the youngest of the Fernández clan and has been in barnstorming form for the last 12 months or so.  Nicknamed Uvita (little grape), he burst onto the scene at the tail end of 2017 with goalscoring exploits from the left wing and continued in a similar vein, finishing the season with eight goals in 18 league appearances.

Defensa y Justicia have built a reputation for playing exciting football with an onus on youth and Fernández has been one of the leading lights in their surprise title challenge.  Operating in more of a centre forward role, he hasn’t been quite so fruitful in front of goal but has still managed four strikes in 14 games, as well as four in seven during El Halcón’s run to the Copa Sudamericana quarter finals.  If he keeps up this form then it would be a surprise if the pacey, direct attacker remains at Florencio Varela much longer. 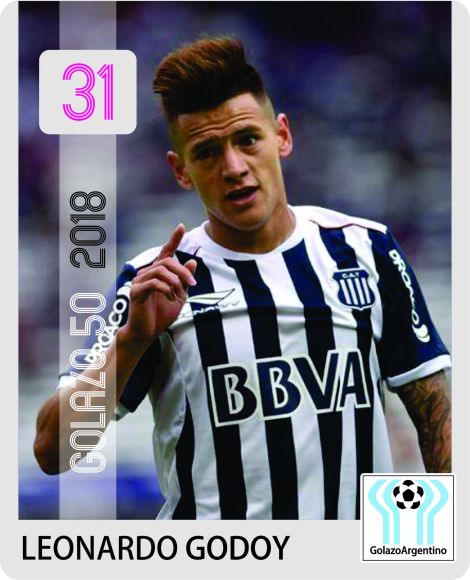 Talleres have done some excellent business in recent years as they’ve rocketed up the Argentinian football pyramid and none more so than the signing of Leonardo Godoy in 2016. Quite how La T have kept hold of the marauding full back is something of a mystery given the 23-year-old’s consistent displays have been central to Talleres going from newly promoted hopefuls to Copa Libertadores qualifiers.

There has certainly been interest from Europe but as yet Talleres have resisted any temptation to cash in and ahead of a difficult Libertadores playoff against São Paulo, it’s just as well. Sound defensively, quick and with a terrific engine, Godoy is everything you want from a modern full-back – providing width to the attack without detriment to the defence.

While it’s true that Frank Kudelka’s departure as coach has seen a dip in Talleres’ form this season, the Córdoba club still concede less than a goal a game. It is in front of goal the team are struggling but with two assists, Godoy has matched his tally for the last two campaigns already.