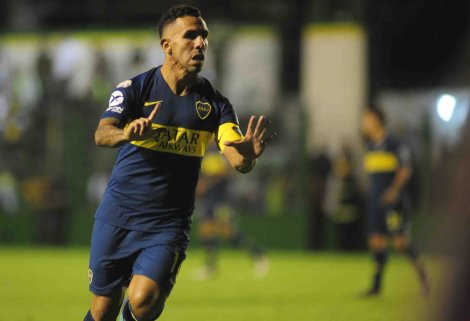 Unable to take their chances Defensa y Justicia crashed out of the Copa Sudamericana in midweek as Botafogo snatched victory. On Sunday evening, El Halcón suffered defeat again, this time their first in the league, with Boca Juniors nicking all three points to damage Defensa y Justicia’s title challenge.

Carlos Tevez’s second half shot that slipped through the grasp of Ezequiel Unsain was enough for Boca to claim a rather undeserved victory after Defensa y Justicia failed to make the most of their superiority.

Just as they found last Wednesday, Sebastián Beccacece’s side wasted chance after chance during a dominant opening 45 minutes and were left frustrated by their own finishing and angered by Fernando Echenique failing to award a penalty for a trip on Domingo Blanco.

That proved costly and just after half time, Tevez fired in the only goal of the game thanks to an error from Unsain in the home goal.

Defensa couldn’t muster an equaliser and dropping three points behind Racing are playing catch up once more with only five games remaining.

River Plate responded to their back-to-back draws with victory over San Martín de Tucumán at the Monumental and in doing so boosted their hopes of Copa Libertadores qualification.

Juan Fernando Quintero continued his fine run of form bending River ahead after half an hour and when Matías Suárez finally bundled in a second seven minutes from time, the points looked secure. However, Ramiro Costa pulling one back and a penalty not given for a clear handball against Robert Rojas left River somewhat uncomfortably holding on for the points.

In La Plata, Talleres would have been excused for having their minds on the upcoming trip to Chile for a vital Copa Libertadores playoff second leg but instead claimed victory over Estudiantes. Samuel Sosa, back from the Under-20 Sudamericano with Venezuela, secured the points with a stunning second half volley.

While in Tucumán there was no such breakthrough as Atlético and Argentinos Juniors shared the points. Barring their win at La Bombonera, El Decano have struggled since the Superliga restart and the Bichos are the league’s worst attack so perhaps their goalless draw wasn’t altogether a surprise.