Racing Club moved into pole position in the title race with victory over local rivals Independiente in the clásico. While La Academia rode their luck at times to seal three points, Defensa y Justicia were unfortunate to suffer a first defeat of the season as Carlos Tevez gave Boca Juniors victory.

The two results put Racing three clear at the summit and sees Boca move comfortably into third – a title challenge of their own out of the question but Copa Libertadores qualification edging nearer.

Atlético Tucumán in fourth slipped up once more with a goalless draw against Argentinos Juniors and with it River Plate closed to within three after a narrow victory over San Martín de Tucumán. Los Millonarios are far from their best but look a decent bet for a Libertadores spot while San Martín, deep in relegation trouble have since turned to Ricardo Caruso Lombardi to try and pull off an escape. 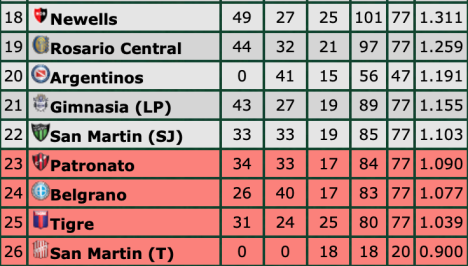 San Martín stay out of the drop zone for now but Tigre suddenly look capable of a miraculous escape. A 2-1 win over rivals Patronato has moved El Matado closer to safety. 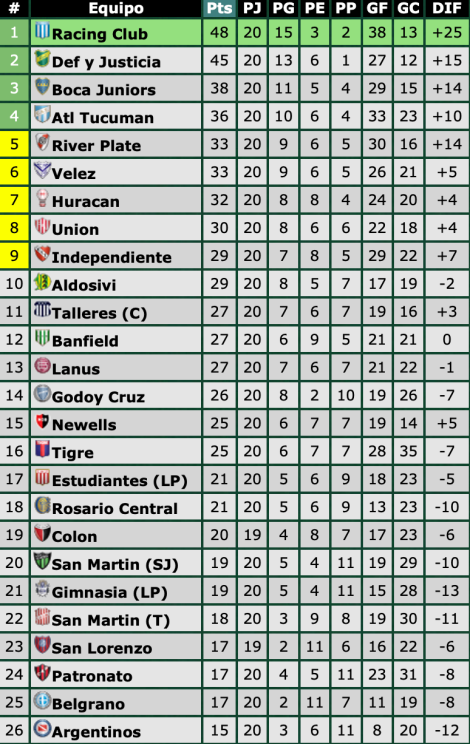