Lionel Messi’s return to international duty was the big story the last time Lionel Scaloni named an Argentina squad and ahead of next month’s Copa América it is the turn of Sergio Agüero as the Manchester City striker comes back into the group for the first time since the 2018 World Cup.

The dwindling opportunities for senior honours with La Albiceleste will see old friends Messi and Agüero take centre stage in Brazil and few would have any complaints despite the failings of previous sides given the domestic campaigns the pair have enjoyed.

The rest of Lionel Scaloni’s 23 may cause further debate though and although there are no startling omissions from the lengthy preliminary list, Mauro Icardi is tipped to be one of the high-profile casualties from the cut.

Scaloni was expected to not utilise the maximum number of 40 for his preliminary squad but that number has gradually grown over the past day or so due to some uncertainty and injuries in the group – full-back Milton Casco, midfielder Gastón Giménez and Tottenham’s Erik Lamela the latest to be added.

Messi’s 34 goals in an imperious title winning season for Barcelona and Agüero netting 21 en route to another Premier League triumph see both international veterans return and it is only perhaps the absence of the likes of Sergio Romero and Ever Banega that come as any slight surprise from the preliminary list.

That is not to say that Messi and Agüero are the only survivors from Russia as Nicolás Otamendi, Gabriel Mercado, Nicolás Tagliafico and Angel Di María are among those to have remained in Scaloni’s plans.

How many remain in the final squad remains to be seen but it would seem there are very few places still available with much of Scaloni’s group to be heading to Brazil fairly certain.

Franco Armani hasn’t carried his club form across to the national team like so many before him but the River Plate goalkeeper will remain first choice for now and almost certainly joining him on the plane will be Boca Juniors’ Esteban Andrada. With Sergio Romero no longer looming over the position it would appear that Udinese’s Juan Musso and Club América’s Agustín Marchesín compete for the third and final place as Gerónimo Rulli’s fading reputation sees him likely to drop out.

Defensively the one real question mark hangs over the fitness of Germán Pezzella, who had surgery on a fractured cheekbone, eye socket and mandible only a couple of weeks ago after suffering the injury playing for Fiorentina. The 27-year-old was expected to form part of Scaloni’s back four but could now open the door for youngster Juan Foyth, former Argentina regular Ramiro Funes Mori or Racing Club’s in-form defender Leonardo Sigali.

The midfield throws up more doubts but there is a group that look set to form Scaloni’s core: Giovani Lo Celso, inexplicably overlooked by Jorge Sampaoli in Russia but now a key figure in the new-look Argentina; Leandro Paredes, the most likely partner to lo Celso and Roberto Pereyra, a former international brought back into the fold by Scaloni.

River Plate’s talented youngster Exequiel Palacios has been recovering his form after an injury lay-off over the past few weeks and is expected to make the cut and his counterpart at Racing Club Matías Zaracho was also a shoo-in after impressing Scaloni only for a hamstring injury suffered this week to potentially scupper his chances. 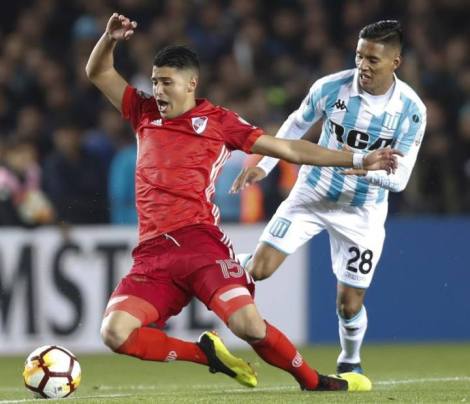 Club América’s Guido Rodríguez is reported to be winning the race for a central midfield role in the squad competing with Iván Marcone and Gastón Giménez while the return of Ángel Di María on the left and the additional competition of Rodrigo de Paul will likely cost Atlanta United’s Gonzalo Martínez a place in the final 23.

And so it is as ever in attack where much of the controversy will inevitably lie. Messi and Agüero are in with Inter Milan’s Lautaro Martínez expected to be a secondary option behind Kun in the final squad leaving very few available spaces left.

Ángel Correa, still inconsistent but with the advantage of possessing a useful versatility, could take one and River Plate’s experienced forward Matías Suárez is now pushing hard for a place with Scaloni an admirer of the 31-year-old’s distinctive characteristics as a creative forward.

Which would leave the regular debated pair of Paulo Dybala and Mauro Icardi potentially left out. Dybala, yet to show anywhere near his potential in an Argentina shirt is closer to being given another shot, but Icardi’s chances appear to be dwindling. The return of Agüero coupled with a domestic campaign disrupted by off-field problems at Inter may see the controversial 26-year-old once more miss out on a major competition.

Scaloni has until the end of the month to cut this preliminary group to 23 and while Argentina don’t travel to Brazil as Copa América favourites as ever there is a weight of expectation on the coach and his players.