On Tuesday June 18th, Vélez had just completed their signing of the young right back Tomás Guidara for a fee just shy of $2 million USD. For the young Cordobés, it would have been perfectly acceptable to go out with his friends and family and enjoy a few celebratory fernets. Instead, he was back in his hotel room recording a video to send to the 4-year-old boy who was crying upon learning of his favorite players move from Belgrano to Vélez. After one of the biggest moments in his career, instead of partying, he was focused on doing a kind thing for someone else. This is the type of high character person the club from Liniers has just added to their squad.

For those who know Guidara’s history, it should come as no surprise to hear that his focus is first and foremost on others and not himself. The 23-year-old was born in Córdoba into difficult circumstances. As a young boy, he was abandoned by his parents.  He was forced to often sleep on the streets or under a bridge. When able, his grandparents helped to provide for young Tomí, but their resources were slim as well and he often went to bed hungry with no food to eat.

As he grew, as most young boys in Argentina do, he turned to football. For Tomí, it was literally a way to help get him off the streets. Guidara recalled, “When I was 14, I made the decision to reverse the bad moments I had lived. I understood that God was on my side and I had to smile. I decided to finish my education and began to study to become a professor of physical education.” 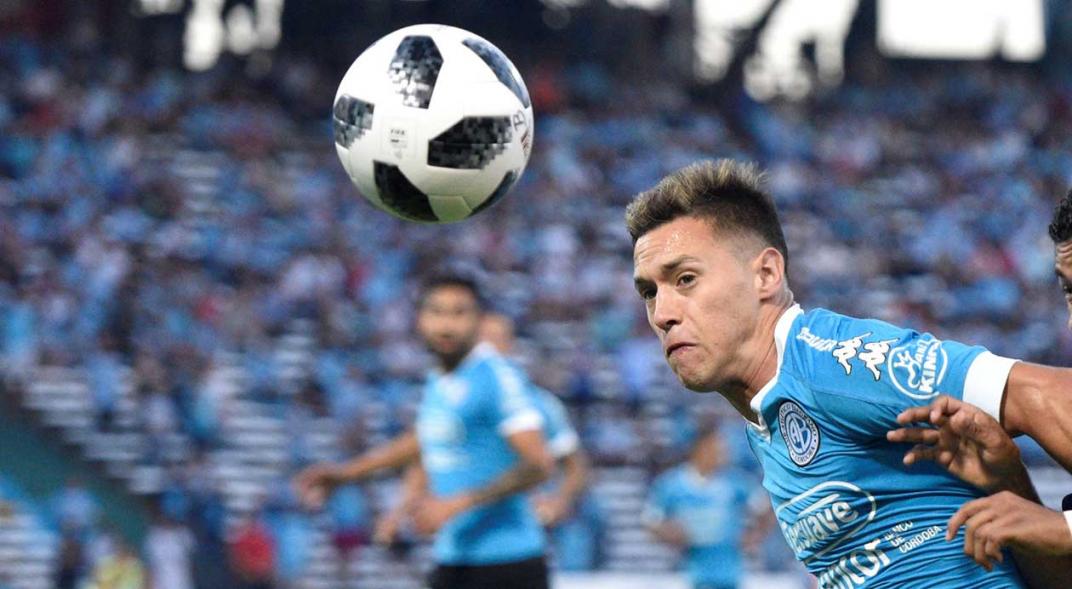 Let’s recap for one minute – Guidara was abandoned by his parents, had to sleep on the streets, didn’t have food to eat, and still put his faith in God and decided to make something out of his life, when he was only 14. Gabriel Heinze, you just added to your team a player worth every penny of his price tag in heart alone.

When Guidara was 16, he joined Belgrano and moved into their academy. For a kid who often only ate leftover scraps or drank mate for dinner, he now had a place to live and food to eat each meal. He also had a team that would support his development and a footballer and a person.

Guidara debuted for El Pirata in 2017. Once Renzo Saravia moved from Belgrano to Racing, a spot was opened up for Tomí to become the full time starter. Guidara told Clarin, “When I cash my checks, I take the money to my grandmother. I don’t ever want anyone to go through what I did.” Since his first match in Alberdi, he has become a fan favorite as a speedy right back who is solid on defense and can contribute when called upon on the attacking end.

One of the high points for Guidara came on March 30, 2018 when Belgrano faced Racing in Alberdi. Playing on the wing for Racing was Ricardo Centurion, who at the time was being strongly considered for the World Cup roster (the spot eventually went to a more level-headed Maxi Meza). On that night, Guidara absolutely stifled and frustrated Centurion – he never gave him more than an inch to operate with. Centurion had an awful match which led to him picking up a second yellow card and being expelled from the game.

Guidara is that kind of defender. He shows all the signs that Saravia showed at Belgrano, a potential that led him to sign in Europe and play for the Argentina national team.

Guidara now has the chance to play for Gabriel Heinze and Vélez. Both a manager and a club that has an impressive history with training and improving the skills of young talented footballers. This is the perfect move for Guidara who deserves to remain in the first division instead of playing for the relegated Belgrano in the B Nacional. It was an area of need for El Fortín and Guidara should continue to be a first team starter.

For a kid who came from the streets of Córdoba his future looks bright, but it is his continued humility that will help him reach his highest goals – goals that probably seemed impossible just a few years ago.

One response to “From the Streets to First Team Football: Tomás Guidara continues to defy the odds”