Marcello Gallardo has been the manager at River for over five years. Maybe that number doesn’t shock you, but it should. He took over in May 2014 and has led River, an already extremely successful club, to unprecedented levels. While few and far between, Gallardo too has his critics who believe he should have won some domestic titles for Los Millionarios to go along with his already 11 trophies. Simply put, success does not mean you will keep your job in Argentina.

Guillermo Barros Schelotto led Boca to two straight league titles and a Libertadores final before promptly being shown the door. Gustavo Alfaro currently has Boca in first place in the Superliga but his failure to get past River in the Libertadores semi-final appears to have put a nail in his coffin at Boca.

Ariel Holan won two international trophies at Independiente but after a mediocre season, he too was out for El Rojo. Edgardo Bauza won the Copa Argentina for Rosario Central and was fired just a few weeks later. And the list goes on and on.

What makes Gallardo’s stay at River even more impressive is that whenever a manager begins to find a little success in Argentina, they bolt for the more stable paycheck in Europe. Miguel Almirón led Lanús to a Libertadores final and immediately left for Spain (even though he was not actually allowed to take the job).

With all that being said, life as a football manager in Argentina is short lived. Fan pressure leads to club president’s making quick and often brash decisions. Already this season, after only 10 matches, six managers have quit or been fired and another few have one foot, or possibly 8 toes, out the door. So, knowing that one manager is fired every one to two weeks let’s try and predict the next few managers that are most like to be put out to pasture.

When will he be fired: Matchday 12 after an ugly draw to Gimnasia in the Clásico Platense 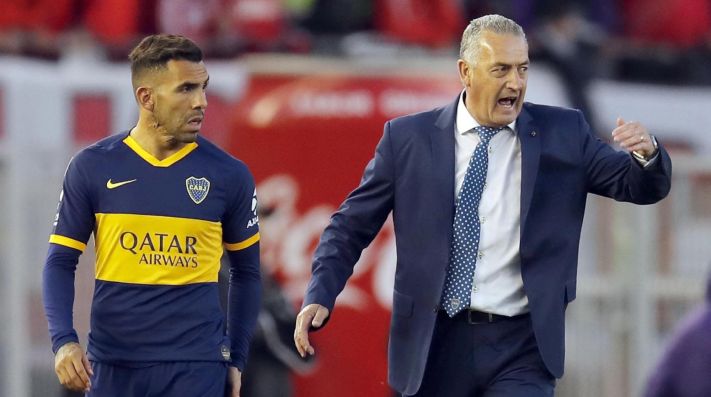 He’s almost certainly out. He won’t be fired, but his contract runs through December 31 and come the end of the semester, Boca will likely be looking for a new Manager. His future with Boca will be closely tied to the club’s Presidential elections in December.

When will he be fired: Matchday 16 when the Superliga goes on summer break.

After contending for a title last season and being competitive for several years, El Halcón is finding their place near the bottom of the Superliga table. Last weekends lose to Aldosivi really puts Soso in a tough spot – that made four loses in a row. Thanks to many good years they are in no danger of relegation, but they are living far below the high standards set by Sebastian Beccecece. The club will also be focused on finding a manager who can lead the team as they begin play in the 2020 Libertadores.

When will he be fired: Matchday 13. Four loses straight already with San Lorenzo, Argentinos, and Newells on the horizon, things won’t be getting easier for Soso. 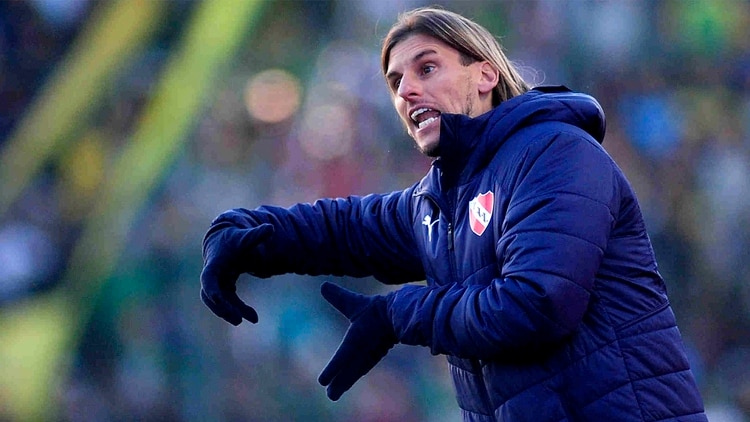 El Rojo is not having a bad season and a few wins could put them up near a Libertadores position, but results have fallen far short of expectations for Beccacece. A defeat to Lanús in the Copa Argentina may be the end of his run. With a budget 10 times that of Defensa y Justicia, it seemed obvious that Beccacece would be able to replicate the success he had in Florencio Varela. Instead, Independiente are looking more like a mid-table side and not a title contender.

When will he be fired: Defeat in the Copa Argentina could see his demise but if El Rojo does not get a win in week 13 against bottom dwellers Godoy Cruz, there will be nothing left to save him.

El Tomba is a complete mess. A far cry from the team that competed for the Superliga title just two years back. They have already fired two managers this season, Lucas Bernardi and Javier Patalano, and they’ve lost all three matches they’ve played since Patalano’s departure. Oldrá is not long for this current job and as the club continues to spiral, they will soon be looking for their next victim.

When will he be fired: Matchday 12 after a fifth consecutive loss.

After Oldrá gets the axe, they will hire someone else who four weeks later realizes he is in way over his head and he too will look to leave.

When will he be fired: Who knows, who cares. I hate to do this to a man I love. Not only is he without question the most handsome and well-dressed manager in Argentina (sorry Marcello Gallardo, you can’t win everything), but I have a soft spot for all smaller clubs and wish them all nothing but success. Sciacqua was miraculously able to keep Patronato up from what appeared to be a certain relegation last season and he also started this year with 10 points in the first five matches. But since the hot start which had them near the top of the table, Patronato has managed only two points in the past five matches. This fall has put Patronato right back into the relegation zone. He may be a fan favorite, but if results don’t improve the legend of Sciacqua could come to an end.

When will he be fired: Never I hope, but probably after matchday 13 if Patronato doesn’t get a win against fellow relegation candidate Central Córdoba. 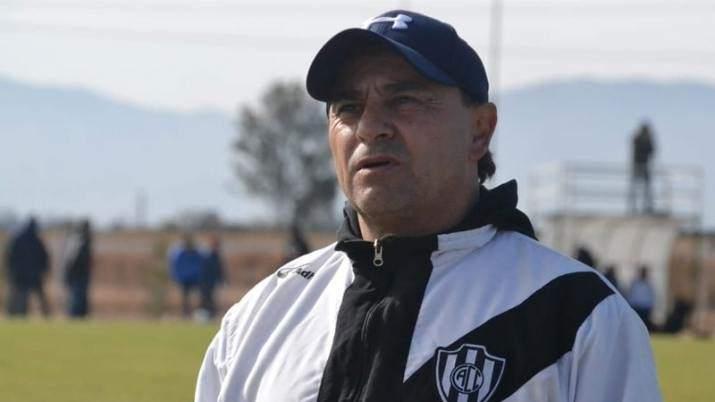 The nature of being a newly promoted team is that your safety in the Superliga can turn on a dime. If Central Córdoba wins even two matches in a row, suddenly they will be looking safe. As we stand, they are second from bottom in the promedios table, but just one win vaults them out of the relegation zone. Coleoni is a club legend after leading the Santiago del Estero side to consecutive promotions and jumping from the third division to the top-flight in two seasons. For the club to cut ties with Coleoni they would need to sink pretty deep into that relegation hole and even that might not be enough.

When will he be fired: I don’t see it happening.

First question, are they the same person? If not, they have got to be brothers, I don’t think you can convince me otherwise. Both are hovering around the mid-table but also near the relegation zone. Lavallen has gotten Colón to their first ever Sudamericana final in their first ever appearance in that competition, but even if they win the title, Superliga permanence could become a key factor. Cocca has been solid with Central but again, if they fail to get distance from relegation their hand may be forced.

When will he be fired: Probably not for a while, but if they are, not until 2020. 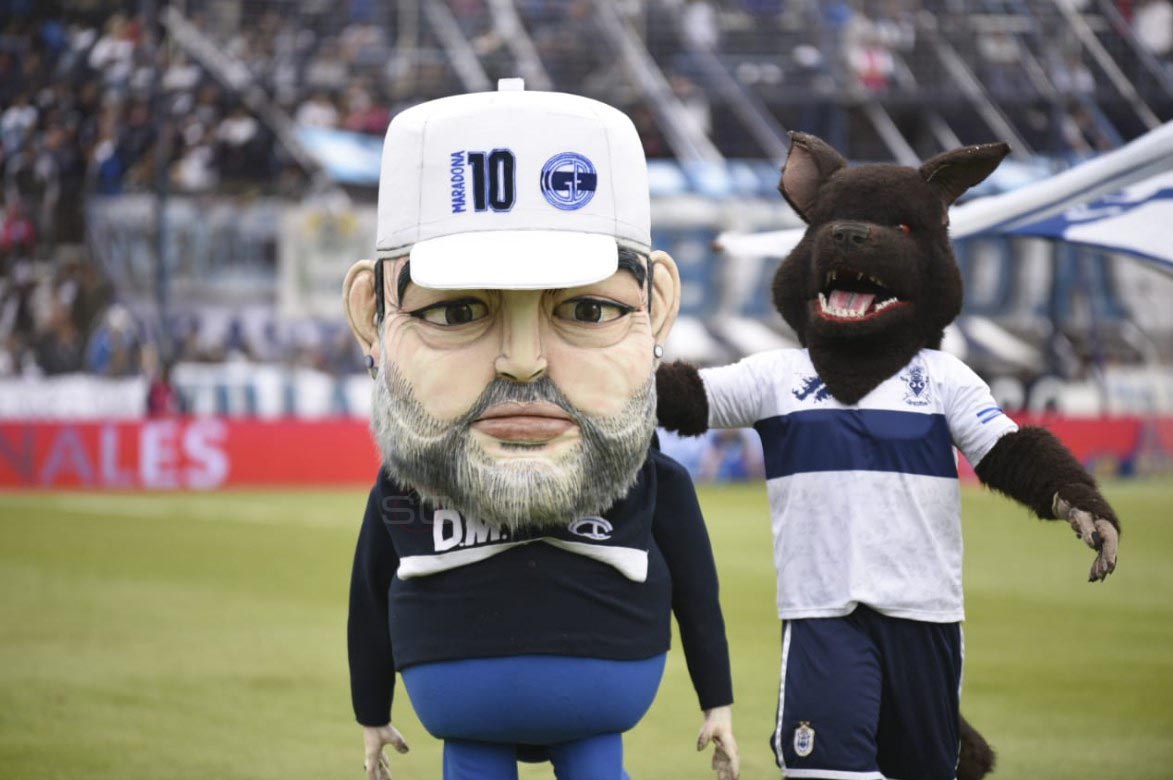 First and foremost, my apologies for even mentioning the unmentionable. Maradona inherited garbage and has done next to nothing with it yet. The club has won just one of his five matches at the reigns. Is it his fault? No. Is he the right man to stave off relegation? Probably not. So, the question is, will Gimnasia risk the bad press that could come from firing a legend? Do they risk playing in front of empty stadiums? I think this is Maradona’s ship to either guide to safety, or more likely, keep watch while they sink.

When will he be fired: If it happens, it won’t be until the end of the Superliga season before the start of the Copa Superliga.

One response to “The Superliga Manager Carousel”