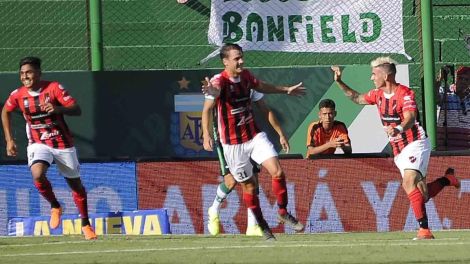 The January temperatures might still be ‘inhumane’ according to Newell’s goalkeeper Alan Aguerre but the Superliga resumed this weekend and so here is the first Team of the week for 2020.

With victory over Godoy Cruz on Saturday, River Plate took a grip on the title race and opened up a three-point lead over the chasing pack.

Argentinos Juniors suffering defeat to Unión, Boca Juniors being held by Independiente and even Vélez, Lanús and Racing Club all failing to pick up three points made it virtually a perfect weekend for Marcelo Gallardo.

The league table remains packed tight but with only six fixtures remaining in this short season, River are now firm favourites.

There is a little more time in the relegation battle given the addition of the new-look Copa Superliga and while Gimnasia avoided defeat to Vélez they are still some distance from safety. Patronato avoided defeat with a last minute equaliser away to Banfield and so remain in severe danger while Aldosivi’s victory put those just above the drop zone on alert.

Colón’s late loss to Central Cordoba perhaps given the Sabalero most reason to fear.

With twelve matches to choose from here are the eleven that impressed from round seventeen.

To catch up with previous Teams of the week….

Boca supporters may have been concerned by Esteban Andrada’s absense against Independiente but Marcos Diaz produced a man of the match display to ensure a point. Two superb saves during the first half kept Boca level and with a clean sheet secured a draw for Miguel Ángel Russo’s ten men.

After the loss of players and Mariana Soso resigning it would have been easy for Defensa y Justicia to down tools this week but the Halcón produced one of their best displays in a long time. Nicolás Tripicchio was outstanding at right-back and got forward to mark a goal and an assist in the 4-1 win over Talleres.

A defensive shortage thrust Mauricio Martínez into the Racing backline but it was rewarded with a strong performance from the former under-20 international. Scrambling La Academia’s goal in the 1-1 draw against Atlético Tucumán, Martínez won possession nine times and was comfortable on the ball to help play out from the back.

After a slow start at the Monumental there is a sense that we are now seeing what River Plate must have seen previously when they signed Robert Rojas. The Paraguayan started once again in the win over Godoy Cruz and gave a commanding display in Marcelo Gallardo’s back-three.

Independiente weren’t able to take all three points but it was a decent return to La Bombonera on an individual level for Juan Sánchez Miño. The 30-year-old made nine tackles and tried to get forward down the left making three key passes in the process.

Fabián Rinaudo’s powerful long range strike was worth three points as the stoppage time winner downed Huracán on Friday. The veteran provides a reliable base to the Central midfield and his 89% pass accuracy keeps possession ticking over nicely.

Aldosivi remain in the drop zone but there were signs of optimism in the win over Lanús on Saturday. Federico Gino’s fine finish set the Tiburón on their way and alongside Gastón Gil Romero in central midfield, they controlled matters for the large part. Gino eventually released Facundo Bertoglio to seal the points and wrap up an excellent individual display.

Surplus to requirements at Racing Club, Neri Cardozo proved there is still a little left in the tank during Defensa y Justicia’s win over Talleres. Two assists helped the home team to their best win of the season despite the uncertainty off the pitch. 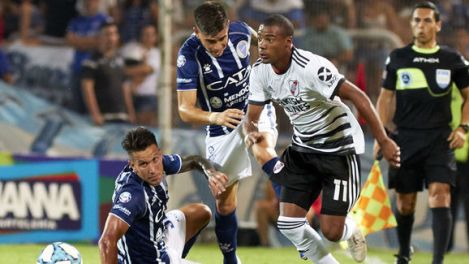 Such is Nicolás De La Cruz’s importance to River Plate now the Uruguayan’s absence is keenly felt and although River only scored once in the win over Godoy Cruz, the Millonarios looked far more dangerous than in the earlier game with Independiente. De La Cruz’s cross created the game’s only goal in Mendoza but with four successful dribbles and five key passes, the 22-year-old’s running adds so much to the attack.

Patronato remain in deep relegation trouble but give themselves a chance if they can continue to attack with such purpose as during the 3-3 draw with Banfield. Lautaro Comas scored a superb volley and laid on another for strike partner Cristian Tarragona but the 25-year-old’s overall workrate was admirable.

The sale of Julián Carranza and injury to Dani Osvaldo left a lot riding on Junior Arias up front for Banfield but the 26-year-old pulled an assured performance out of the bag with a goal and an assist in the 3-3 draw against Patronato.