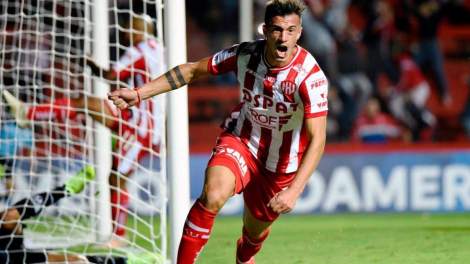 A first ever international fixture for Unión resulted in victory despite their best efforts as two missed penalties went unpunished in a 2-0 first leg win over Independiente del Valle.

Diego Zabala’s clever flick dissected the static Ecuadorian backline and saw Nicolás Mazzola run in behind to slot past Hamilton Piedra and while Unión were much the better side, the chance to double the lead before the break was spurned by Franco Fragapane, firing wide from the spot.

Failing to stretch the advantage made for a nervier second half than perhaps it should have been for the supporters in Santa Fe and when Diego Zabala hit the crossbar from a second penalty in stoppage time, it looked as though it would only be a one-goal lead being taken to Quito.

However, there was still time for substitute Augusto Lotti to fire a second and with it provide a little more breathing room ahead of next month’s second leg.