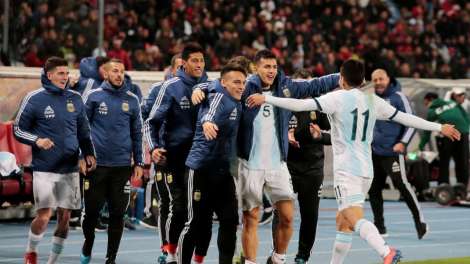 The return of Lionel Messi was supposed to lift Argentina and provide hope ahead of this year’s Copa América but after a humbling defeat to Venezuela and a barely deserving victory over Morocco, Argentina look as adrift as ever.

Second half substitute Ángel Correa scored seven minutes from time in a blustery Tangiers to provide something of a boost but it was another deeply unconvincing display from La Albiceleste and coach Lionel Scaloni looks no further finding his preferred team or system before the Copa América.

In fact, perhaps most worrying was Scaloni’s assessment of the week and his side’s prospects when quizzed on the performances at full time.

‘Yes, what do I know? You guys are so focused on the formation. We don’t think that formation is that important,” Scaloni responded after once more tinkering with a variety of systems and increasing the number of players used to 47 and debuts awarded to 23 after only eight games in charge.

What was initially praised as a new-look for Argentina and a fresh start after the calamitous 2018 World Cup campaign now looks more than a little confused, not helped by the apparent difference of opinion between Scaloni and recently appointed director of national teams César Luis Menotti.

The iconic 1978 World Cup winning coach first seemed to be of the opinion that Sergio Agüero should have been named in Scaloni’s squad and after hinting that the inexperienced coach won’t see past June’s Copa América, Menotti also claimed that Argentina should be focusing on selecting players from the domestic league, complementing them with only the best players from Europe. 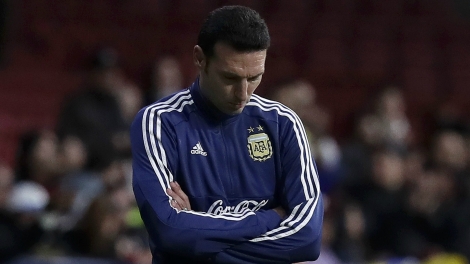 The AFA’s decision to combine a green and arguably tactically naive coach with an 80-year-old former manager, who appears intent on applying outdated methods that served him well 40-odd years ago is hardly a recipe for success.

Certainly the evidence to date would suggest so. Argentina were comfortably beaten 3-1 by Venezuela on Messi’s return last Friday in Madrid and were almost equally poor against Morocco. Conditions in Tangiers were far from ideal but once more La Albiceleste fell flat and Ángel Correa steering a shot past Yassine Bounou late on hasn’t lifted the sense of pessimism.

Though not for Lionel Scaloni – “I think if we ignore the match against Venezuela, we’re going [to the Copa América] looking good.”

“Argentina’s best version is always to come, as happens with all the other teams.”

Improvements are a must and it’s difficult to imagine worse performances than those from this international break but a leap of blind faith is required to conclude that Argentina will be a force come June when the players look to put the back-to-back Copa América final defeats behind them.

With no further friendlies scheduled as yet prior to the Copa América opener against Colombia in June, Scaloni has a huge amount of work still to do.

“We are eager to play, to get results, to defend these colours, and that is really important for us,” the Argentina coach said in his post-match press conference.

Argentina needs far more than this — desire and passion can achieve only so much. Scaloni admits to having 70% of his Copa América squad in mind, Racing Club youngster Matías Zaracho somehow doing enough in a 15-minute cameo to add his name to the mix, but there are far more questions than answers at present.

A back-three or a back-four, a midfield partner to complement the likely duo of Leandro Paredes and Giovani Lo Celso, the returns of Sergio Agüero and Ángel Di María, a first choice number nine and as ever successfully incorporating the talents of Lionel Messi.

Scaloni is yet to suggest he is the man to find these solutions and with the AFA seemingly as incompetent as ever, Argentina look destined for more disappointment.